This project is an interdisciplinary collaboration between theoretical and experimental physicists at the University of Wisconsin-Madison, computational physicists at San Diego State University, high energy experimentalists at Johns Hopkins University and quantum computational scientists at Tufts University.  The key idea of the proposed work is to use a quantum simulator to calculate the detector response to dark matter particles and neutrinos.  The simulator to be used is an array of 121 neutral atom qubits that is being developed at UW-Madison.

First major goal is to understand what the current theoretical bounds are on the different nuclear response functions that impact expected WIMP-induced nuclear recoils under an effective field theory (EFT) framework, and the final systematic error this may bring to current and future experimental limits or discoveries. The LZ experiment already has a significant effort in characterizing uncertainties in the experiment and determining what aspects of the detection apparatus need to be improved to obtain reliable and significant detection of dark matter. In EFT analyses, response functions are currently used without any systematic errors, and indeed, determining their errors is a significant challenge for theorists. This fits into the overarching goal of quantum computer calculated nuclear response functions, with well constrained errors, that may replace current functions in use.

Second major goal is to continue to develop and improve neutral atom quantum simulator. The neutral atom quantum simulator that is being built in the Saffman lab has the potential to be a powerful platform for performing the quantum calculations needed for the project. This quantum architecture has several significant advantages; one major one is that the atoms are naturally identical, which facilitates some aspects of scaleup to significant sizes of many tens of qubits. One aim is the increase of the size of the array as well as the reliability and accuracy of the quantum operations that are performed. The second aim of the experimental research is development of a compiler that will translate quantum circuits into a sequence of neutral atom gate operations that can be implemented by the experimental hardware. This capability will be important for implementing the variational quantum eigensolver algorithm for simulating Hamiltonians that describe the interaction between dark matter and targets. 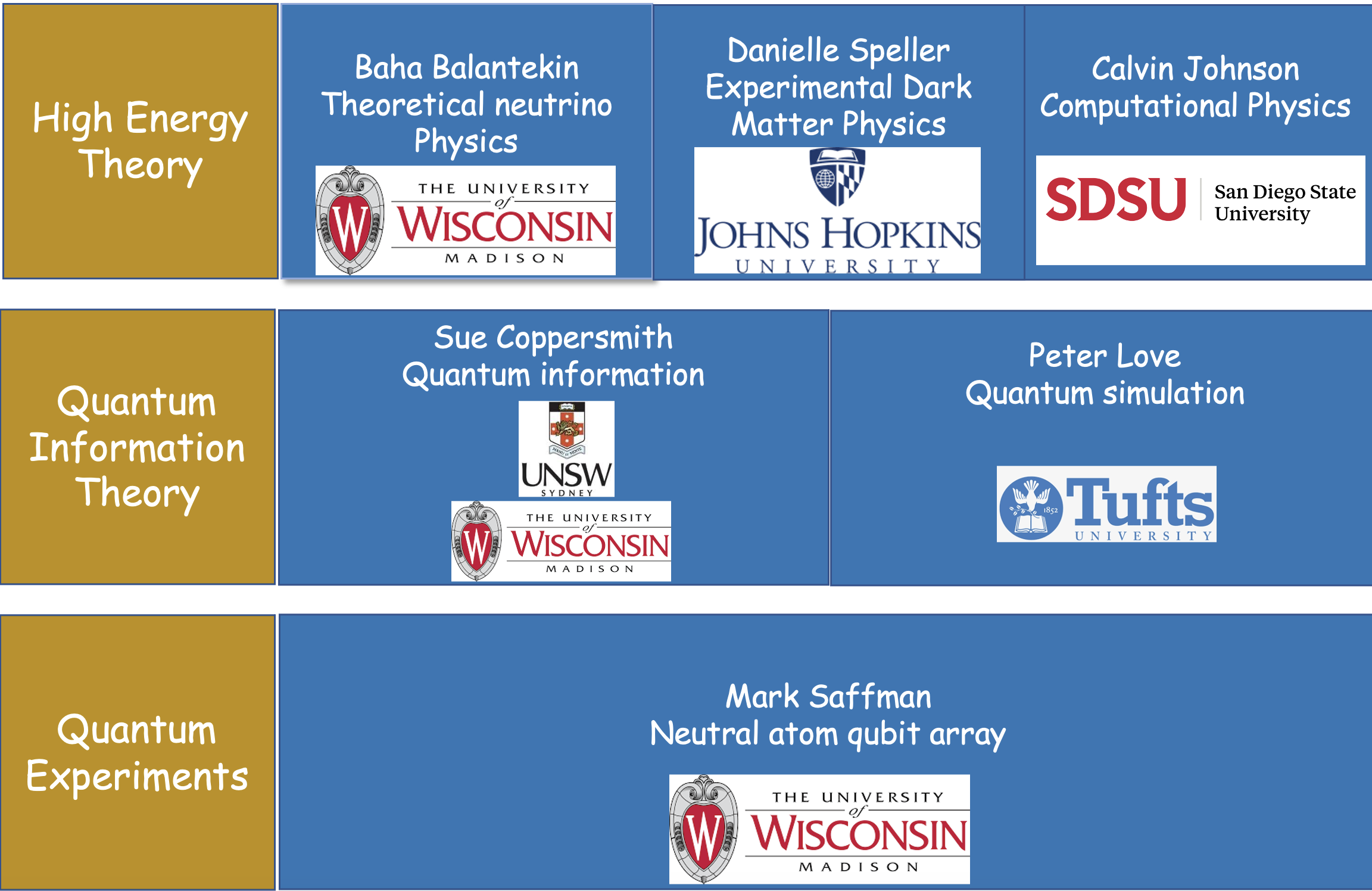